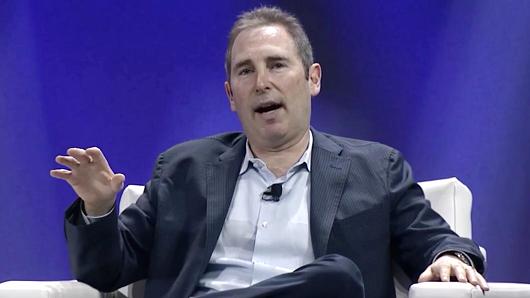 Amazon has a track record of coming out with hardware like tablets and smart speakers. And a couple of years ago Amazon’s cloud division joined in the fun with a box full of hard drives for moving data to the cloud.

Now Amazon Web Services is going further with a special camera that can run artificial intelligence software out of the box.

The high-definition DeepLens camera, which AWS is revealing Wednesday at its annual re:Invent conference in Las Vegas, ships with pretrained models that will make it easier for developers to start doing things like recognizing text characters that appear in a video stream. Alternatively, developers will be able to train their own image recognition models with the help of AWS’ new SageMaker AI service and then run those models on the camera.

DeepLens is coming out two months after Google — one of Amazon’s top cloud competitors — unveiled the Clips AI-powered camera, which captures photos and videos when interesting things happen in front of it.

But while Clips is intended for consumers and therefore could one day contribute meaningful revenue to Google parent company Alphabet, DeepLens is aimed at a more technical audience.

In that sense, DeepLens bears a resemblance to Dash Buttons that AWS has previously sold to developers. A Dash Button is a dead-simple gadget with a single large button. Using AWS services, developers could control what happened when people pushed the button.

DeepLens, for its part, could ultimately help accelerate adoption of AWS’ AI services, which is important because Google and Microsoft offer cloud services for training and deploying AI models alongside AWS. AWS released a managed service for running machine learning tasks in 2015 and introduced tools for image recognition and speech recognition last year.

AWS leads the cloud infrastructure services market with 31.8 percent share in the third quarter, according to Canalys. In that quarter, AWS brought Amazon $4.58 billion in revenue and more than $1 billion in operating income.