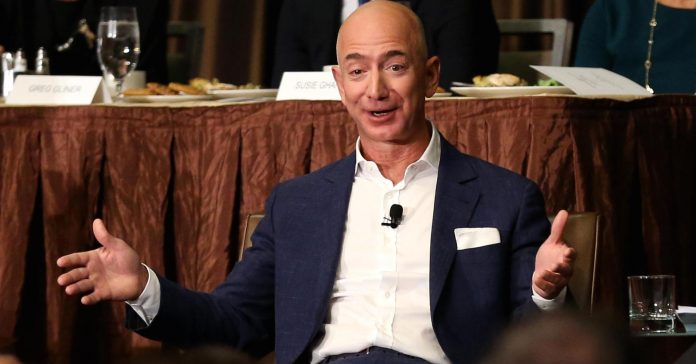 The race between Alphabet and Amazon to $1,000 was on earlier this month and Amazon just took the prize.

According to FactSet, just 14 other U.S. stocks trade above $1,000 per share, and the only other tech company in the club is Priceline Group, currently trading around $1,865. Of note: Amazon is more than four times more valuable than those other fourteen companies combined.

Amazon topped estimates in late April when it posted revenue of $35.7 billion and an earnings per share of $1.48, sending the stock on its upward trend. Amazon said sales increased 23 percent during the quarter and that its Amazon Web Services business sales increased 42 percent, showing increased demand for its cloud services business.

Alphabet isn’t too far behind; shares of its Class A stock are currently trading above $990.