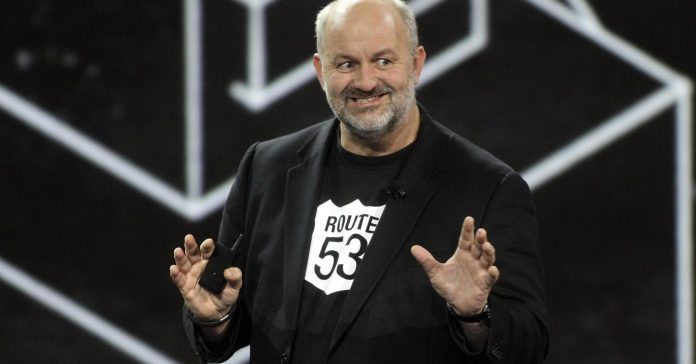 Alexa will soon be going to work.

While Amazon has been busy announcing new cloud services for developers this week at its annual re:Invent conference, the company is preparing to talk about new tools that will make it easier for people to use Amazon’s Alexa voice-activated virtual assistant in the workplace, four sources have told CNBC.

The company intends to announce an Alexa for Business Platform, along with a set of initial partners that have developed specific “skills,” or apps, for business customers.

The new technology could well come in handy for connecting into teleconferences or adding data to enterprise-focused sales programs, sources said. It would also add more personalized features, like an enterprise security layer that identifies and authenticates different people using the app at work, one person said.

Amazon is also likely to announce a new marketplace for the Alexa for Business apps, similar to the Alexa Skills page it already has for consumer apps, according to our source.

The broader goal seems to be aimed at making Alexa a key component to office workers. Alexa is the subject of a number of break-out sessions scheduled for tomorrow. The names of these sessions have not yet been broadly disclosed, but CNBC has obtained a list of them. They give a clue as to what Amazon is thinking:

Three years ago, Amazon debuted Alexa as the smart star inside the Echo speaker. Alexa performs the work of understanding what people say and then finding the best possible answer based on what it knows.

Amazon has released tools to accelerate third-party development around Alexa, and today Amazon boasts more than 20,000 third-party skills that people can install and then summon from Alexa. And Amazon has expanded its line of Echo devices and made it possible for other companies to insert Alexa into their devices.

Meanwhile Apple, Google and Microsoft have been busy improving their own virtual assistants, broadening their support for third-party systems and making them more widely available for consumers.

Amazon did not immediately respond to a request for comment.