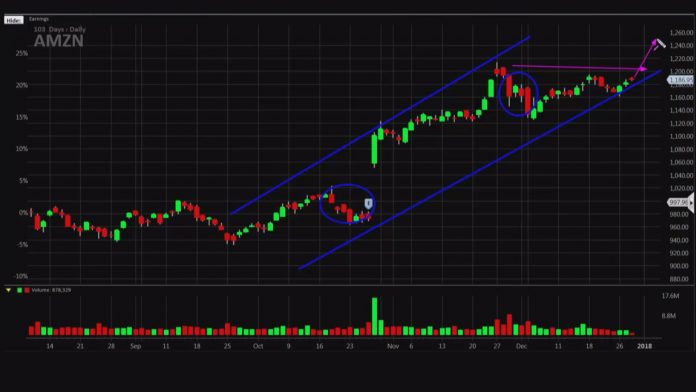 High-flying Amazon’s record run will continue into next year.

That’s according to Todd Gordon, founder of TradingAnalysis.com, who says the charts are pointing to record highs for Amazon in early 2018. The online retailer has already surged 58 percent this year, and Gordon says the stock is poised to exceed the $1,200 mark.

“[There has been a] very nice uptrend that has been in place since the end of the fall of 2017, and it looks like it’s continuing up through the winter and early part of 2018,” he said Thursday on CNBC’s “Trading Nation.” “The first thing I’ll draw your attention to is the first significant correction we saw here in late October was roughly equal to the size of the correction that we saw here in the end of November into December.”

This symmetry gives the technician faith that following the consolidation in Amazon that has happened recently, the stock will be ready to break through $1,200. 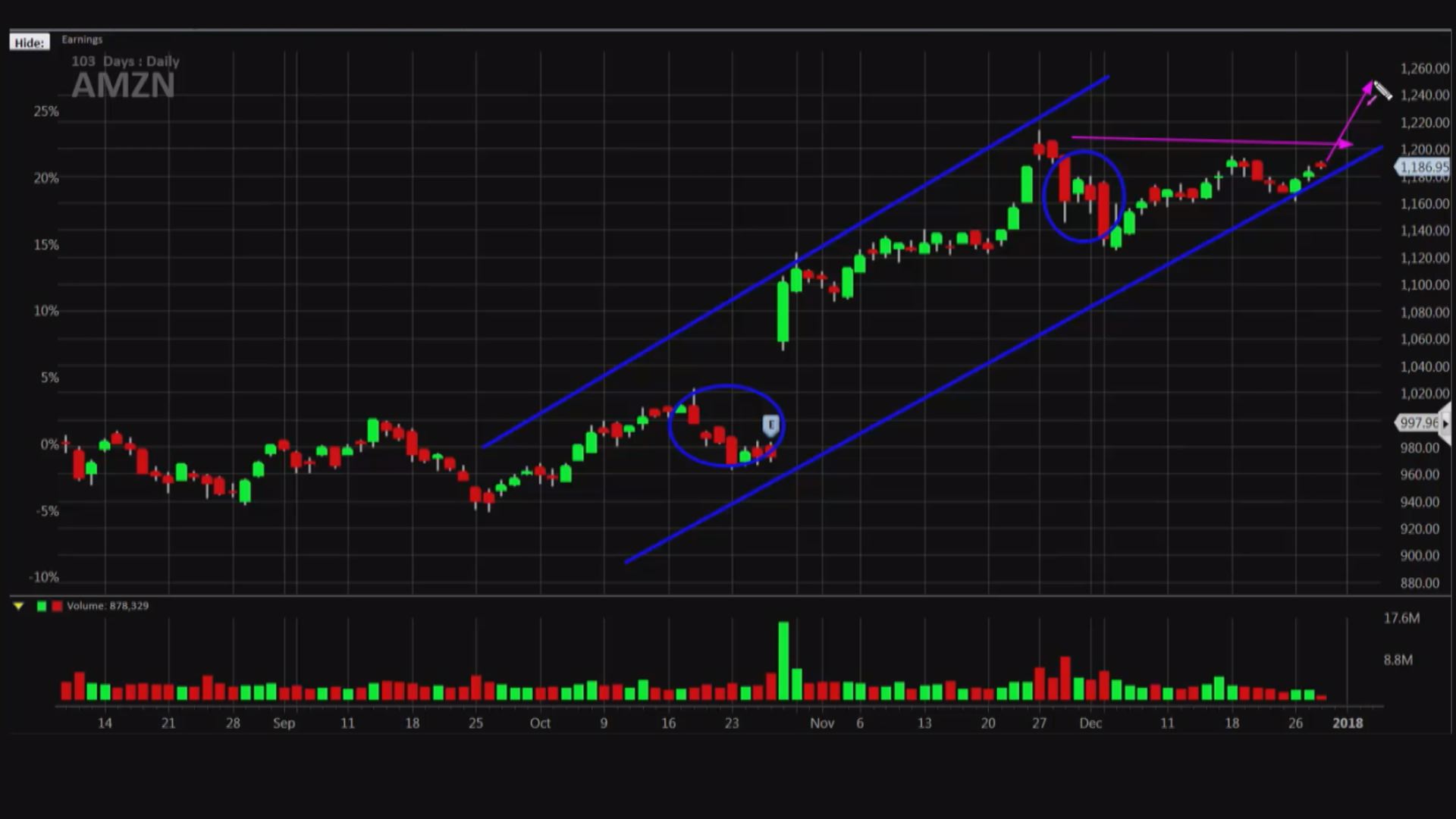 To establish a trade in Amazon, Gordon looks at the stock’s performance over the past several weeks. He points out that a key support level for Amazon is now around $1,170, which used to be resistance until this month, when the stock would bounce from that level after falling down. Gordon believes that given the momentum Amazon has seen, he would only be concerned if the stock were to fall below that support level to around $1,160. 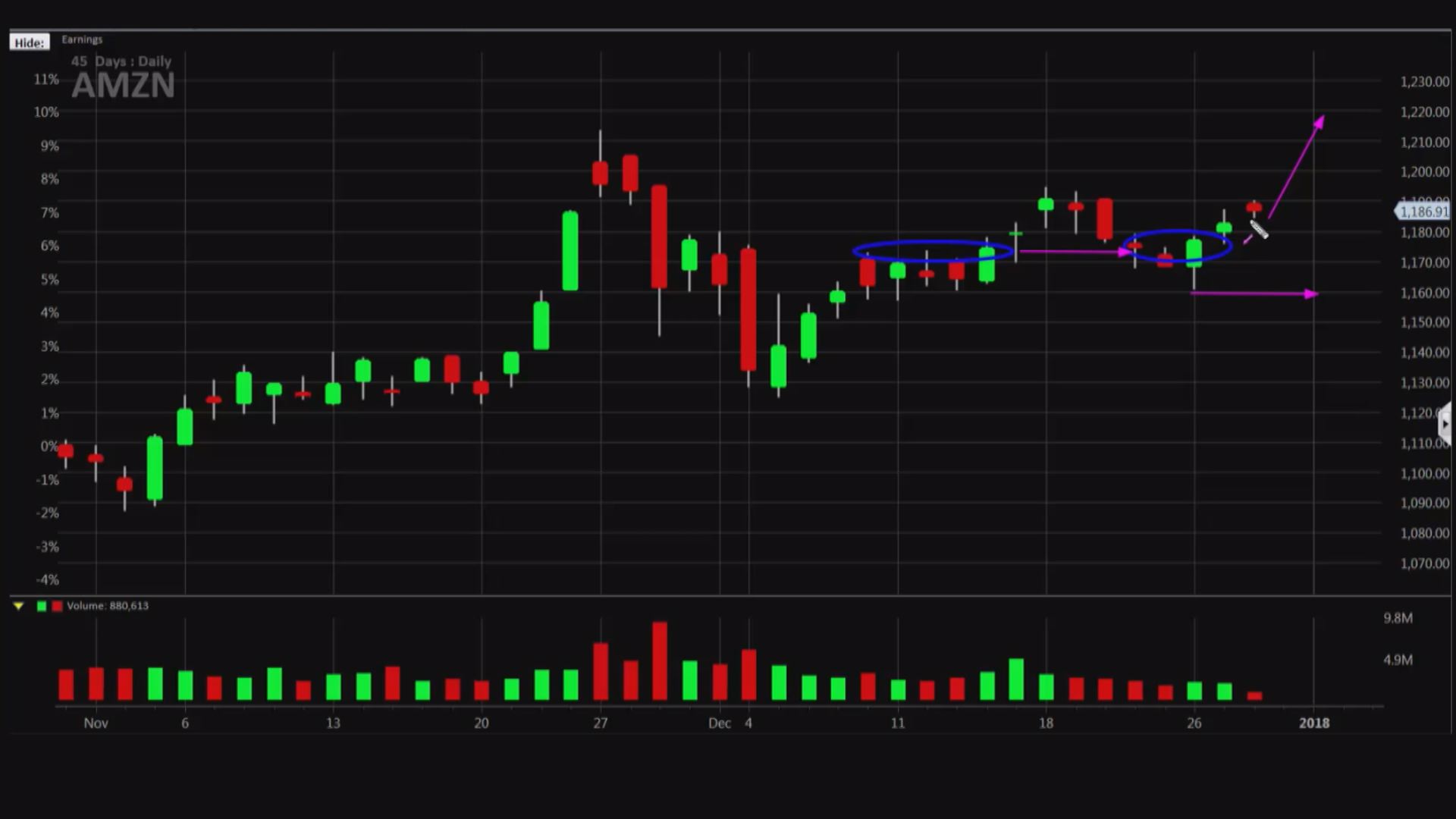 Despite the skewed risk-to-reward ratio, Gordon isn’t concerned as the key levels for his trade are about $30 lower than from where shares of Amazon were trading Thursday. In order for Gordon to see that maximum loss, Amazon would have to fall more than 3 percent below current levels.