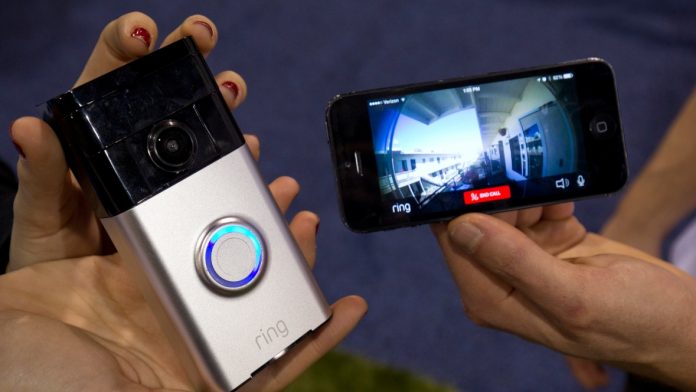 Amazon.com Inc has agreed to buy video doorbell maker Ring, the companies said on Tuesday, in what analysts see as a growing bet on delivering packages inside of shoppers’ homes and on home security.

The deal valued Ring at more than $1 billion US, a source familiar with the matter told Reuters. Amazon declined to discuss the terms.

Ring is set to be one of Amazon’s most expensive takeovers, after its $13.7-billion deal last year for Whole Foods Market.

The world’s largest online retailer believes that selling internet-connected gadgets from Kindle e-readers to its new Cloud Cam will spark more shopping on Amazon.com. Ring offers the company a popular consumer electronics brand that it might not have replicated internally.

More importantly, Ring’s security devices could work well with Amazon Key, a smart lock and camera system that lets delivery personnel put packages inside a home to avoid theft or, in the case of fresh food, spoiling.

Currently, Ring devices can integrate with Amazon’s voice-controlled assistant Alexa. Users of Amazon’s Echo Show device can say, “Alexa, show my front door” to receive a live feed of activity around their home via Ring cameras.

The deal creates potential for much more, analysts said.

U.S. security and alarm company ADT could be the biggest loser, he added. Ring’s “camera technology is far superior to physical security … With Amazon having roughly 100 million Prime members, that’s a big addressable market for them to start selling this into.”

Shares of ADT Inc fell more than 2 per cent after the news to close at $11.60 US. Amazon stock closed down 0.7 per cent.

Amazon was working on a competing smart lock with camera prior to the deal, according to a separate person familiar with the matter. Its decision to buy Ring underscores the task startups have trying to win in the home security space.

“For consumer businesses, it’s going to be challenging to compete with folks like Google and Amazon,” said Luke Schoenfelder, chief executive of Latch, which sells smart lock systems to apartment building owners.