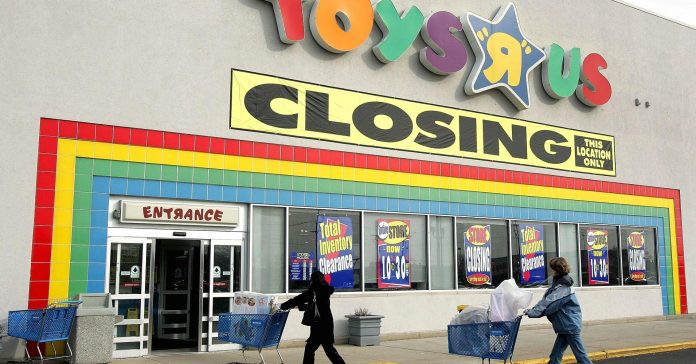 Toys “R” Us stores will disappear from Britain’s shopping streets within six weeks, joint administrators for the retailer said on Wednesday, announcing plans to close the group’s remaining 75 shops.

The administrators said in a statement they had not been able to find a buyer for all or part of the business, resulting in the loss of about 3,000 jobs.

The UK arm of Toys “R” Us entered administration, a form of creditor protection, in February, sunk by weak consumer sentiment, the growth of online sales and currency swings as a result of Brexit.

The retailer’s U.S. parent company is also suffering in its home market with reports it is preparing for potential liquidation, six months after filing for bankruptcy.

In Britain, the administrators had been trying to sell parts of the business.

“This process attracted some interest, but ultimately no party has been able to move forward with a formal bid prior to the expiration of the stated deadline,” joint administrator Simon Thomas, a partner at corporate advisory and restructuring firm Moorfields said in a statement.

Seventy-five stores will be closed over the next six weeks, on top of the 25 outlets that have already closed or are about to shut under an earlier plan.

The administrators said they remained open to interest from potential buyers.