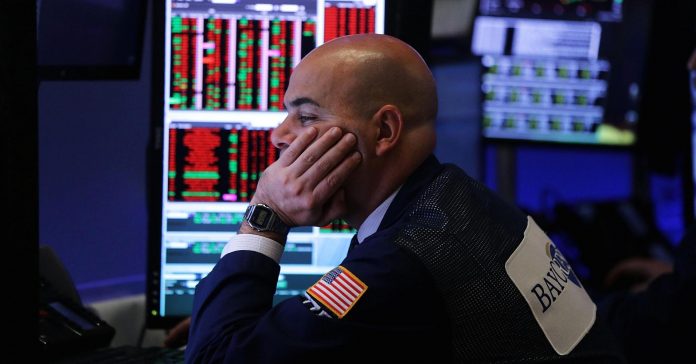 The Federal Reserve of Atlanta has had to walk back, in a big way, its headline-making forecast that the first quarter would feature eye-popping economic growth.

Where back in late January the central bank district was calling for a 5.4 percent GDP gain, it released a reading Wednesday for its widely followed GDPNow tracker that slashed that projection all the way down to 1.9 percent.

Had the original forecast stuck, it would have been the best quarter since the Great Recession ended in mid-2009. As it stands, the new number puts growth closer to the 2 percent or so that has been characteristic of the glacially paced recovery.

The move lower in the tracker came as several Wall Street banks also marked down their Q1 numbers Wednesday.

J.P. Morgan cut its forecast from 2.5 percent to 2 percent, while Goldman Sachs reduced its call from 2 percent to 1.8 percent. All of the reductions, including the Fed’s, came with the disappointing 0.1 percent drop in retail sales, the third straight month of declines.

The original optimism from the Atlanta Fed specifically was based on a hot ISM manufacturing index survey, a mistake the tracker has made in the past.

Projections soon started coming down, starting with a disappointing read in residential investment in mid-February and continuing through a space of readings that came in less than expected and sliced the Citi Economic Surprise Index about in half from its level at the beginning of the year. GDPNow had been showing a 3.5 percent reading as recently as March 1.

Atlanta Fed officials did not immediately respond to a request for comment.

WATCH: A trade war is another significant economic worry.