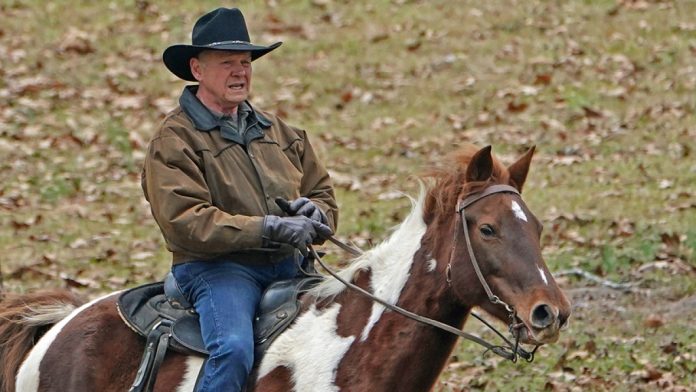 Alabama Republican Roy Moore filed a court challenge late Wednesday to the results of the U.S. Senate election, hours before officials in the state were due to certify his opponent’s victory.

Doug Jones became the first Democrat in a quarter century to win a Senate seat in the Republican stronghold state when he was declared the winner of the Dec. 12 ballot.

When he takes office, the Republican majority in the upper chamber will narrow to 51 of the 100 seats.

Moore, a former chief justice of the Alabama Supreme Court whose campaign was dogged by sexual harassment accusations that he denies, has not conceded defeat despite the urging of U.S. President Donald Trump.

In Wednesday’s filing in the Montgomery Circuit Court, Moore alleged that potential voter fraud had denied him the chance of victory, and sought to halt a state canvassing board meeting that is scheduled to ratify Jones’ win on Thursday.

“We call on Secretary of State Merrill to delay certification until there is a thorough investigation,” Moore said in a statement posted online by his campaign team.

Moore said three election experts who reviewed the results “agreed that the irregularities in 20 precincts of Jefferson County alone are enough to reverse the outcome of the election.”

Merrill could not be reached for comment after hours.

He told CNN a day after the election that it was “highly unlikely” that Jones, 63 and a former federal prosecutor, would not be certified as the winner.

Jones won the seat, vacated when Jeff Sessions was tapped by Trump as Attorney General, by about 20,000 votes, or 1.5 percentage points, election officials said.

Moore, 70, faces accusations that he sexually assaulted or pursued teenage girls when he was in his 30s. He has denied all wrongdoing.

In Wednesday’s statement, Moore said his complaint also contained an affidavit from him that he successfully passed a polygraph examination that cleared him of sexual misconduct.