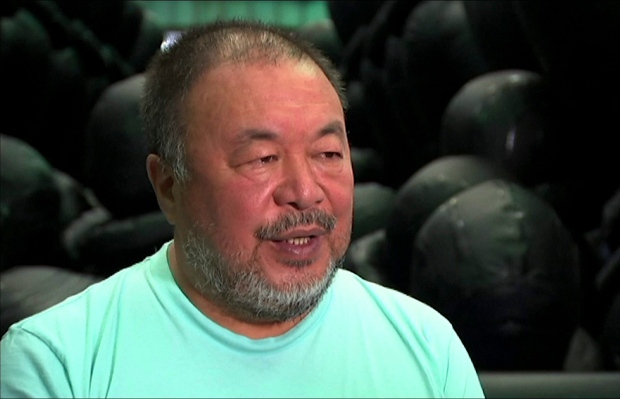 China’s removal of presidential term limits, effectively letting President Xi Jinping hold office for life, will have no impact on its culture, artist Ai Weiwei said on Monday, as he unveiled a giant artwork in Sydney depicting asylum seekers.

Ai, one of China’s most high-profile artists and political activists, has become a vocal campaigner on migration as the number of people forced from their homes — largely by violence and war — has reached a record 65 million.

In Sydney, Ai presented his 60-metre-long inflatable raft, carrying about 300 oversized human figures, a day after China removed the term limits from its constitution, raising concerns about a return to strongman rule.

“China has always been emperor state,” Ai, 60, told the Australian Broadcasting Corp in an interview.

“It doesn’t matter if it has the title of communist, now capitalism. It’s a fatalistic society, so [if] it changes leader or not change leader, the system and the culture always stay the same.”

‘China has always been emperor state… the system and the culture always stay the same,’ Ai said in Sydney on Monday. (Australia Broadcasting Corporation/AP)

First designed for the National Gallery of Prague, Ai’s Law of the Journey is made from the rubber used by vessels carrying refugees across the Mediterranean Sea.

Installed on Cockatoo Island, a former shipbuilding site, it will serve as the centrepiece of the Sydney Biennale, running from Friday to June 11.

Ai said the location was appropriate because of Australia’s controversial policy of detaining unauthorized boat arrivals in camps in the Pacific island nation of Nauru and Papua New Guinea’s Manus Island.

“Australia’s refugee record is quite poor, internationally,” he added.

“There’s no excuse for any kind of policy [that] should not consider protecting basic human rights.”

The artist, who helped design the stadium of the 2008 Beijing Olympic Games but was arrested in 2011 following criticism of the ruling Chinese Communist Party, said he was not concerned the changes could bring a regime with “no end”.

“People’s lives [are] getting better,” he said.

“You see so many youngsters study outside and I think that the Western idea to respect very basic human values has become more and more important for a society to maintain the competition.” 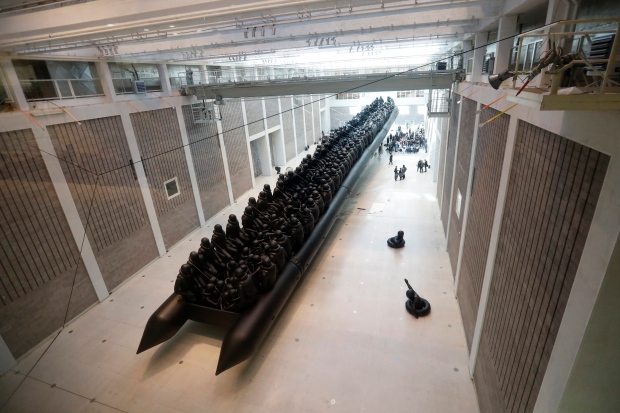 Ai’s Law of the Journey was first unveiled at the National Gallery in Prague, Czech Republic in March 2017. The massive installation, one of the artist’s largest ever, is made from the rubber used by vessels carrying refugees across the Mediterranean Sea. (Petr David Josek/Associated Press)

Ai is set to speak on Thursday at the Australian launch of his asylum-seeker documentary, Human Flow, at the Sydney Opera House.

Ai, who has lived in Berlin since 2015, said he wanted the film to make people see refugees in a different light, as they were victims of man-made problems.