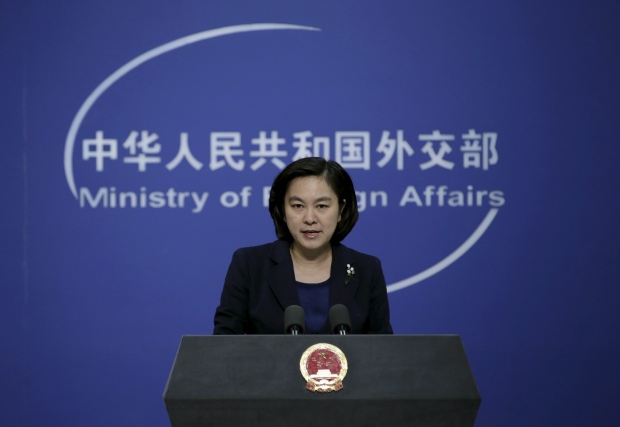 ​China on Friday denied reports it has been illicitly selling oil products to North Korea, after U.S. President Donald Trump said he was not happy that China had allowed oil to reach the isolated nation.

Trump said on Twitter the previous day that China had been “caught” allowing oil into North Korea and that would prevent “a friendly solution” to the crisis over North Korea’s nuclear program.

“I have been soft on China because the only thing more important to me than trade is war,” Trump said in a separate interview with the New York Times.

Caught RED HANDED – very disappointed that China is allowing oil to go into North Korea. There will never be a friendly solution to the North Korea problem if this continues to happen!

U.S. officials have not confirmed details of this report.

“The Chinese side has conducted immediate investigation. In reality, the ship in question has, since August, not docked at a Chinese port and there is no record of it entering or leaving a Chinese port,” Hua said.

She said she was not aware if the vessel had docked at the port in other countries but the relevant media reports “did not accord with facts.”

“China has always implemented UN Security Council resolutions pertaining to North Korea in their entirety and fulfils its international obligations. We never allow Chinese companies and citizens to violate the resolutions,” Hua said.

Hua Chunying, spokesperson for China’s Foreign Ministry, said China will deal with any violations ‘seriously in accordance with laws and regulations.’ (Jason Lee/Reuters)

“If, through investigation, it’s confirmed there are violations of the UN Security Council resolutions, China will deal with them seriously in accordance with laws and regulations.”

In the Times interview, Trump explicitly tied his administration’s trade policy with China to its perceived co-operation in resolving the North Korea nuclear crisis.

“When I campaigned, I was very tough on China in terms of trade. They made — last year, we had a trade deficit with China of $350 billion, minimum. That doesn’t include the theft of intellectual property, OK, which is another $300 billion,” Trump said, according to a transcript of the interview.

“If they’re helping me with North Korea, I can look at trade a little bit differently, at least for a period of time. And that’s what I’ve been doing. But when oil is going in, I’m not happy about that.”

An official of the U.S. State Department said the U.S. government was aware of vessels engaged in such activity involving refined petroleum and coal.

“We have evidence that some of the vessels engaged in these activities are owned by companies in several countries, including China,” the official said, speaking on condition of anonymity.

The United States said the full co-operation of China, North Korea’s neighbour and main trading partner, is vital to the success of efforts to rein in North Korea, while warning that all options are on the table, including military ones, in dealing with it.

China has repeatedly said it is fully enforcing all resolutions against North Korea, despite suspicion in Washington, Seoul and Tokyo that loopholes still exist.

South Korea said Friday it had seized a Hong Kong-flagged ship suspected of transferring oil to North Korea in defiance of the sanctions.

A senior South Korean foreign ministry official said the ship, the Lighthouse Winmore, was seized when it arrived at a South Korean port in late November.

“It’s unclear how much oil the ship had transferred to North Korea for how long and on how many occasions, but it clearly showed North Korea is engaged in evading the sanctions,” the official told Reuters. 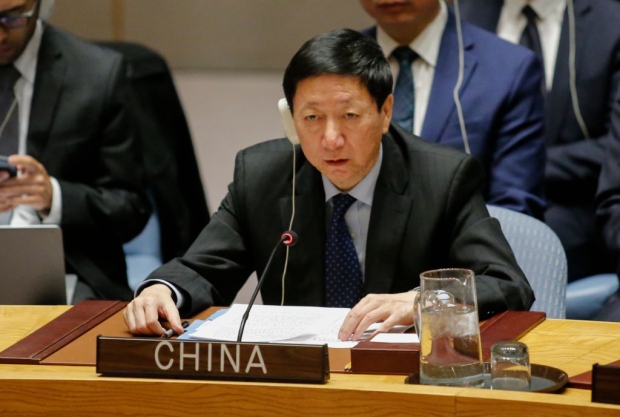 Wu Haitao, China’s deputy permanent representative to the UN, after a vote on new sanctions against North Korea during a Security Council meeting earlier this month. (Kena Betancur/AFP/Getty Images)

South Korea’s customs service concluded that the Lighthouse Winmore had loaded about 12,700 tonnes of Japanese refined petroleum products in South Korea on Oct. 11, reportedly bound for Taiwan, the official said.

But instead, it transferred as much as 544 tonnes to the North Korea-flagged Sam Jong 2 on Oct. 19 in international waters between China and the Korean peninsula, on the order of its charterer, Billions Bunker Group Corp., based in Taiwan, the ministry official said.

It was not immediately possible to find contact information for the company.

The Hong Kong government said it was “liaising with the Korean parties concerned to obtain further information about the incident, and will take appropriate actions as necessary.”

Employees at the office of Lighthouse Ship Management, the ship’s registered manager, in the Chinese port city of Guangzhou, declined to comment and said they had no knowledge of the situation.

China’s Foreign Ministry spokesperson said she did not have any information about the matter.

Both ships were among 10 vessels that the United States had proposed the UN Security Council should blacklist for transporting banned items from North Korea, documents seen by Reuters this month showed.

China and Russia subsequently asked for more time to consider the U.S. proposal.

Ship tracking data in Thomson Reuters Eikon showed that the Lighthouse Winmore has mainly been doing supply runs between China and Taiwan since August.

Prior to that, it was active between India and the United Arab Emirates. In October, when it allegedly transferred petroleum products to the North Korean ship, the Lighthouse Winmore had its tracking transponder switched off.

The Trump administration has led a drive to step up global sanctions on North Korea in response to its efforts to develop nuclear-tipped missiles capable of hitting the United States.

The U.S.-drafted UN resolution seeks to ban nearly 90 per cent of refined petroleum exports to North Korea by capping them at 500,000 barrels a year. It also caps crude oil supplies to North Korea at four million barrels a year and commits the Security Council to further cuts if North Korea conducts another nuclear or intercontinental ballistic missile test.

In September, the Security Council put a cap of two million barrels a year on refined petroleum products exports to North Korea.