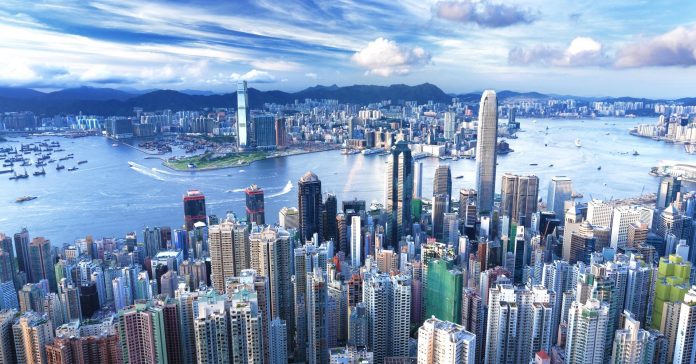 There have been increasing ties, especially economic and business relations, between China and Hong Kong, such as establishing stock connects in 2014 and 2016. But politically speaking, they are still far away from reaching a consensus on the topic of democracy.

In late 2014, the disagreement on the election method of the chief executive, the city’s leader, reached a boiling point and sparked the Umbrella Movement, resulting in a rare scene of hundreds and thousands of people occupying Hong Kong’s downtown for 79 days.

The movement demanded the Chinese government allow “true universal suffrage,” explaining that term as the right to have each citizen have one vote in the Chief Executive election and nominate the candidates, as opposed to Beijing’s proposal of allowing each person to vote on candidates nominated by a small committee.

“According to the Sino-British Joint Declaration … China and also U.K. government promised to allow Hong Kong (to) implement democracy with one person one vote. However, China just ignored a promise for more than 20 years … Hong Kong people want to get back our rights, to have election instead of selection,” said Joshua Wong, one of the high school student leaders during the Umbrella Movement.

“Unfortunately, we cannot achieve universal suffrage and democracy during the movement, however, we still continue our battle,” he told CNBC in May. “We knew that against the largest authoritarian regime to get back our right is just a long-term battle.”

Wong organized his first mass protest at age 14 in 2012 against a national education curriculum. And now a 20 years old university student, the same age as the Hong Kong Special Administrative Region, he continues to concern about the city’s future.

“In 2047, I would be at the age of 50 years old. I am not sure after three decades (whether) Hong Kong can still remain its uniqueness with democracy or universal suffrage or not, or in the worst case it’ll be ‘one country, one system’. But I will say that, instead of allowing those elites, those pro-China upper-classes to dominate our future, I am still optimistic that the day will come for us to determine the future because time is on our side” said Wong.

Wong, along with several other pro-democracy activists, was detained by authorities earlier this week as Hong Kong prepared to mark the handover anniversary with a visit from Chinese President Xi Jinping.