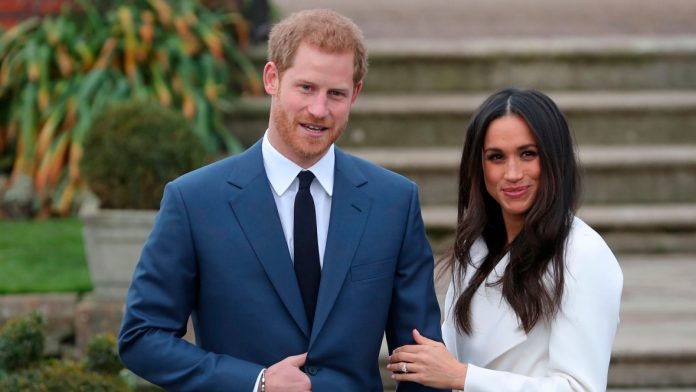 Camilla, the Duchess of Cornwall, says she’s “delighted” for newly engaged Prince Harry and American actress Meghan Markle, making the comment during an official visit to a museum today in Stoke, England.

The Duchess, who is married to Harry’s father Prince Charles, welcomed the engagement as “good news,” which was made public on Monday.

“Absolutely thrilled. It’s brilliant. And as I said, America’s loss is our gain and we’re all absolutely delighted,” she said. “As you can see, they’re so happy. Sometimes, you know, in a climate where we’re surrounded by a lot of bad news, it’s a real joy to have a bit of good news for once.”

Harry’s sister-in-law, Catherine, the Duchess of Cambridge, also shared her thoughts on the upcoming nuptials on Tuesday during a visit to the Foundling Museum in London.

“William and I are absolutely thrilled. It’s such exciting news. It’s a really happy time for any couple. We wish them all the best and hope they enjoy this happy moment.”

In announcing the engagement, Clarence House, the official residence of Prince Charles, said only that the couple will marry in spring 2018.

Harry, 33, is the Queen’s grandson and fifth in line to the throne. Markle, 36, was married for two years before getting a divorce in 2013 from American Trevor Engelson.

The couple, appearing in a BBC television interview on Monday, said their relationship began in July 2016 and blossomed “incredibly quickly” after they met on a blind date.