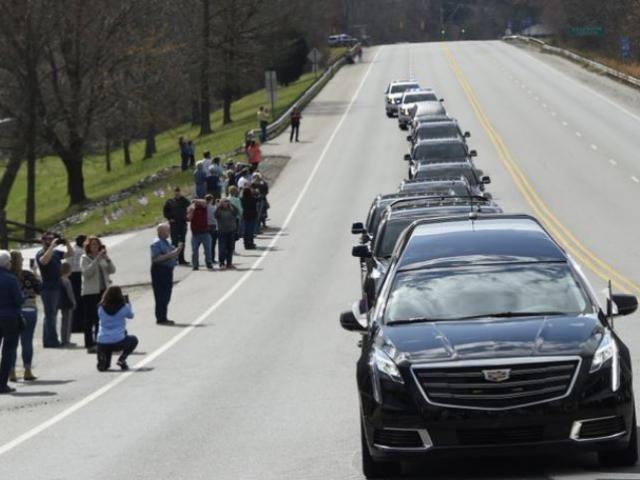 WASHINGTON – The man known as “America’s Pastor,” Billy Graham, will travel to Washington, DC one last time Wednesday to lie in honor in the US Capitol Rotunda.

Some 30 family members will accompany Graham’s casket to the city where he befriended and counseled presidents on both sides of the aisle.

Graham died last Wednesday at the age of 99.

For House Speaker Paul Ryan, R-WI, and other congressional leaders, there was never any doubt that Graham would receive this honor.

“We got together and decided this is obviously something we should do,” said Ryan. “Between Mitch, the president, myself, and Patrick McHenry we made that decision very quickly.”

Eleven presidents and other distinguished Americans have had the honor, but Graham is only the fourth private citizen to lie in honor in the Capitol.

The others are civil rights heroine Rosa Parks in 2005 and two US Capitol Police officers who died in the line of duty in 1998.

We’ll have live coverage beginning at 10:30 am Eastern Time on the CBN News Facebook page. CBN’s correspondents will take you inside the Capitol as lawmakers reflect on the life of one of the greatest evangelists to have lived.