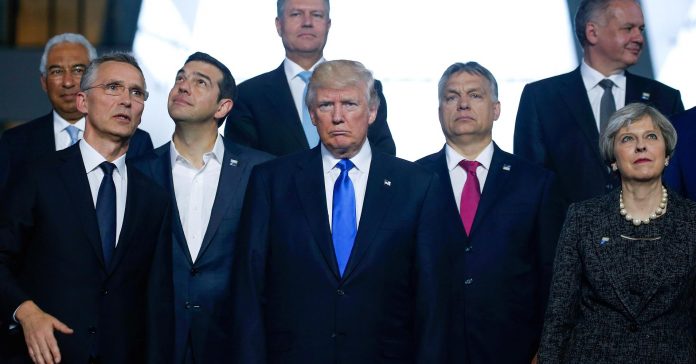 Trump and the EU have not been on the same page on a number of issues. And EU leaders didn’t hide that this week.

“My feeling is that we agreed on many areas … But some issues remain open, like climate and trade,” Donald Tusk, who represents the 28 leaders of the EU, told the meeting after meeting Trump.

“And I’m not 100 percent sure that we can say today – we means President Trump and myself – that we have a common position, a common opinion about Russia although when it comes to the conflict in Ukraine it seems that we were on the same line,” he added.

The recently elected French President Emmanuel Macron also said: “In the center of the discussion was pragmatism. We don’t necessarily interpret things in the same way, but we were able to speak very frankly.”