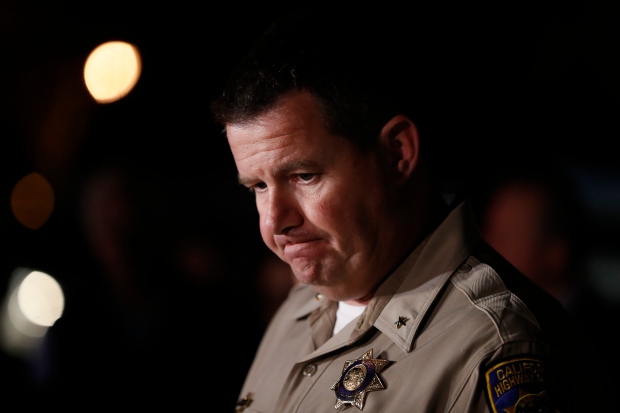 Two of the mental health workers killed by a former U.S. soldier at a California veterans home were psychologists who treated veterans with post-traumatic stress syndrome and the third victim was the program’s the executive director.

The three women were found dead Friday along with the suspect who took them hostage in a day-long standoff in Yountville, Calif., at the largest veterans home in the U.S., officials said.

Chris Childs, assistant chief of the California Highway Patrol, speaks at a news conference after a shooting-turned-hostage situation at the Veterans Home of California on Friday night. (Stephen Lam/Getty Images)

The statement called them brave women who “were accomplished professionals who dedicated their careers to serving our nation’s veterans.” 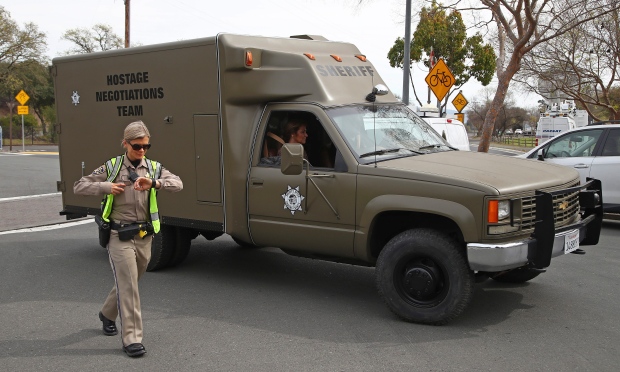 It also said they worked “closely with those in greatest need of attention after deployments in Iraq and Afghanistan.”

Records showed Wong served as in the infantry during three years of active service in the U.S. Army ending August 2013. He was also awarded an Expert Marksmanship Badge with Rifle. Wong served one year in Afghanistan. 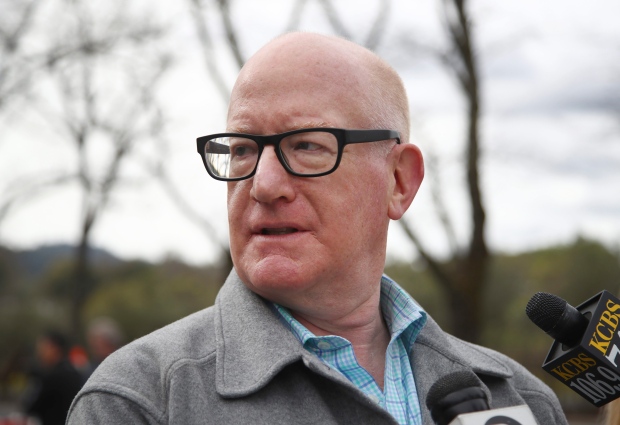 Larry Kamer says his wife, Devereaux Smith, was at a morning staff party and told him by phone that the gunman had entered the room quietly, letting some people leave while taking others hostage. (Ben Margot/Associated Press)

Childs said investigators have not determined a motive for the shooting.

“It’s far too early to say if they were chosen at random,” Childs said.

Yountville is about 85 kilometres north of San Francisco in Napa Valley.

A sheriff’s deputy responding to an emergency call shortly after 10 a.m. PT got into a shootout with the gunman, but the officer was not injured.

Highway Patrol Sgt. Robert Nacke said negotiators were unable to make contact with the gunman throughout the day.

Larry Kamer told The Associated Press that his wife, Devereaux Smith, was at a morning staff party and told him by phone that the gunman had entered the room quietly, letting some people leave while taking others hostage.

Smith, a fundraiser for Pathway Home, was still inside the facility’s dining hall and was not allowed to leave, he said.

Police evacuated the property and closed off nearby roads. An armoured police vehicle, ambulances and several fire trucks were at the facility, which houses about 1,000 residents.

Army veteran and resident Bob Sloan, 73, was working at the home’s TV station when a co-worker came in and said he had heard four gunshots coming from the Pathway Home. Sloan sent alerts for residents to stay put.