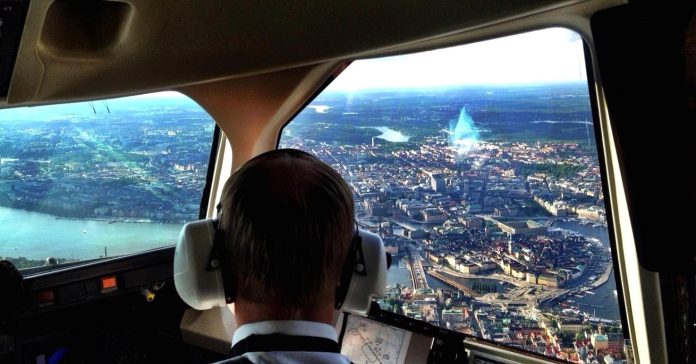 More and more parts of an aircraft cabin will soon be 3-D printed, according to one firm working with airlines and plane makers.

Stratasys is a 3-D printing manufacturer that, among other industries, prints tools and parts for cars, planes and medical products.

In 2014, the U.S.-Israeli firm said that its production system had been used to make “more than 1,000 flight parts” for the Airbus A350 XWB aircraft.

Speaking at the Paris Air Show, the President of EMEA at Stratasys, Andy Middleton, said more visible elements of a cabin interior will now be made from the heat gun of a printer.

“Passengers don’t realize that some of the air ducting is already 3-D printed. They also don’t see the hidden cable harnesses which are 3-D printed. But very soon the surround of their entertainment system will be 3-D printed,” Middleton said.

“And in the near future, parts of their seat will be 3-D printed. The arm-rest, and the table on which we have our delicious lunch are both predestined to be printed.”

Boeing, Airbus, Singapore Airlines and Etihad are all customers of Stratasys and Middleton, said the firms were enjoying two areas of advantage.

“On final parts, it is primarily weight saving that is a benefit and because a 3D part has no geometric restrictions, you will also have smarter components.

“But in tooling especially, we can make massive time savings. Additive printing a composite tool instead of using a conventional metal can shorten lead times by months,” he said.