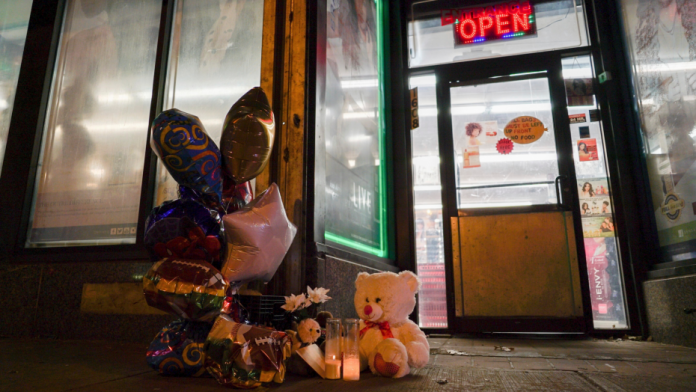 CLEVELAND –  Two teenagers have been arrested in a shooting that killed a 12-year-old and wounded five other boys, a crime that has put a spotlight on a surge of youth violence in Cleveland.

U.S. Marshals and police arrested a 15-year-old suspect Tuesday morning at his mother’s house while another 15-year-old who was taken into custody the day before appeared in court.

Both have been charged with aggravated murder and attempted murder. Cuyahoga County Prosecutor Michael O’Malley wants the pair tried as adults, but a juvenile judge will make that decision.

“It’s clear to everybody within this community that we have an epidemic of youth violence,” O’Malley said. “We have a problem that needs to be solved.”

Police said the pair fired at a group of teenagers standing outside a liquor store Friday, wounding five who are between 14 and 16 years old. One of the boys was shot in the head.

Abdel Bashiti, 12 of Parma, who was nearby inside his family’s beauty supply store, had stepped outside with his father and was shot and killed.

He had tagged along with his father to the store for a Black Friday sale, said Razan Bashiti, Abdel’s aunt.

“He was a very sweet kid, he had so much potential,” she said Tuesday. “Just gone too soon, you know? It breaks our hearts.”

Born and raised in Cleveland, Abdel was a “diehard” fan of the city’s sport teams and earned straight A’s in his 7th grade class, his aunt said.

Abdel’s great uncle died a few years ago in a robbery in the Caribbean, while Abdel’s cousin was shot and killed last year in Florida, she said.

Mayor Frank Jackson said at a news conference Monday announcing the first arrest in the shooting that it’s too easy for teenagers to get a gun and that putting them “in the hands of immature people lead to these kinds of outcomes.”

Jackson in October rolled out a plan to confront youth violence by bringing together city and private organizations along with community groups. He says the crimes are a symptom of bigger problems such as a lack of jobs and education.

The city’s police chief said it didn’t appear there were any gang affiliations between the two groups involved in the shooting Friday and that it wasn’t clear what caused it.

“What can’t be lost on everybody here is why is a 15-year-old walking around with a handgun,” said Chief Calvin Williams.

“We have Facebook posts of kids in their basements, bathrooms, living rooms posing with weapons,” he said. “Our parents need to get a little more nosy and know what’s going on in their homes and make sure their kids aren’t walking out of the door with a gun.”