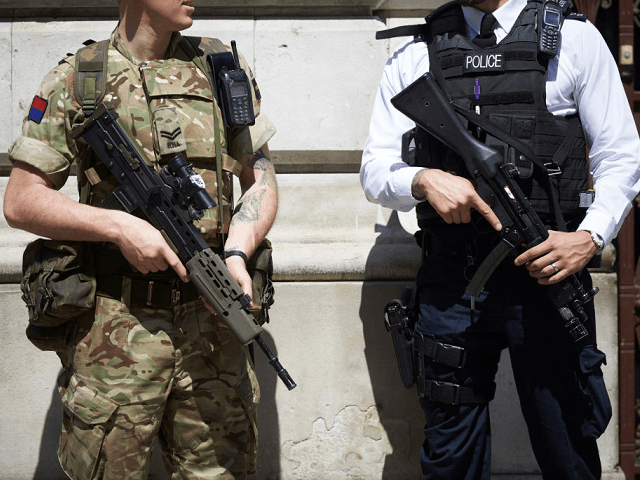 Government sources have confessed that there are at least 23,000 jihadists in Britain – more than seven times higher than previously revealed.

Until recently, the public had been led to believe there were around 3,000 known jihadists in Britain, with 500 being subject to active investigations led by MI5. Whitehall officials have now disclosed that a further 20,000 individuals have been identified as posing a “residual risk”, according to The Times.

Khalid Masood, who ran down a number of pedestrians and stabbed a police constable to death outside the Palace of Westminster in March 2017, was among the pool of individuals who had been reported to the authorities but was not under active surveillance.

Manchester Arena killer Salman Abedi, a son of Libyan refugees with Islamist links, had also been reported to the authorities, but, as with Masood, “limited resources” allowed him to slip through the surveillance net.

Senior National Co-ordinator for Counter-Terrorism Neil Basu revealed that terror suspects are being arrested “on a near daily basis” in Britain shortly after the Westminster attack – an early hint at the scale of the challenge which Britain faces.

UK authorities have identified 23,000 potential jihadist extremists. The problem is much worse than we first thought. pic.twitter.com/Qu2Ap210kl

Anthony Glees, the Centre for Security and Intelligence Studies director who recently estimated the number of jihadists in Britain at “between 6,000 and 10,000”, described the Whitehall revelations as “horrifying”.

“To have 23,000 potential killers in our midst is horrifying. We should double the size of MI5, as we did in World War Two, and expand the number of intelligence-led police by thousands,” he said.

“We can’t go on as if this wasn’t happening.”

Colonel Richard Kemp, a former member of the COBRA committee and Joint Intelligence Committee, as well as commander of British forces in Helmand, Afghanistan, has also called for robust action, saying that all foreign nationals on the terror watch list who cannot be prosecuted should be deported or interned.

WATCH | Ex-COBRA chief calls to deport/intern jihadists: “We do not allow them to roam free on our streets to murder and maim our children.” pic.twitter.com/KasdMBXoWm

“Every single person who we have intelligence upon, who is known to be involved in terrorism, who is not a UK citizen, and who we cannot prosecute in the courts, we get rid of out this country. We deport them; we send them back to where they came from,” he said.

We do not allow them to roam free on our streets and murder, and maim, and disfigure our children in the way they did in Manchester recently.”