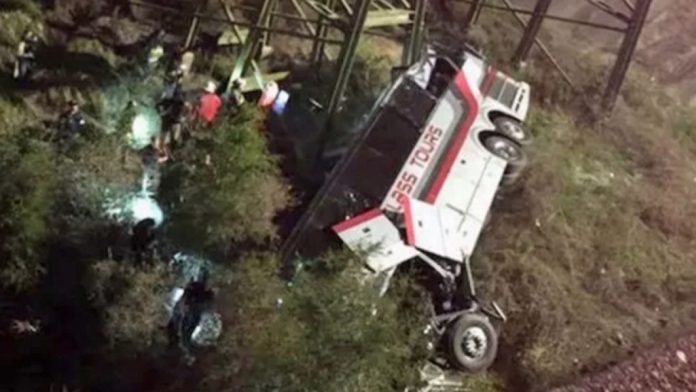 At least one person was killed and many were injured on Tuesday as a bus carrying high school students plunged into a ravine off the side of an interstate highway in Baldwin County, Alabama, the sheriff’s office said.

The chartered bus, one of two tcarrying the students back to Houston from Florida, plunged into a ravine about nine to 12 metres deep, according to the sheriff’s office spokesperson, Maj. Anthony Lowery.

Lowery said the bus ran off the highway before dawn.

Several children were being carried by helicopters to emergency rooms.

“We have multiple injuries; the bus went down into a ravine,” said Chris Elliott, a Baldwin County commissioner who helped out at the county emergency management centre following the crash. “The fire department and officers are having to rappel down into the area to get into it.”

Helicopters and ambulances took the injured to three hospitals in Mobile and Pensacola, Fla., plus a freestanding emergency room in rural Baldwin County, Elliott said.

CBS affiliate WKRG-TV reports that between 12 and 20 people were injured. Media reports say the bus was carrying 45 students.

Relatives posting on social media said members of the Houston-area Channelview high school were on the bus. One image showing happy band members at Disney World was posted only hours before the crash.